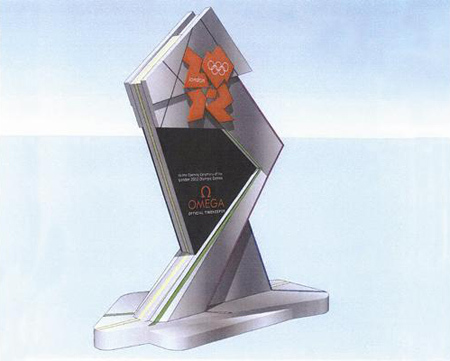 The City of Westminster is to give its approval for a clock in Trafalgar Square that will count down the hours, minutes, and seconds until the 2012 Olympics begin.

The 6.5m tall clock, sponsored by Omega and emblazoned with the lewd Lisa Simpson-inspired logo, will be wheeled into the square's northeastern corner on March 15th, 2011, a date that marks 500 days before the Games begin. It will remain there until the Paralympic Games conclude, and will be illuminated at night by a series of LED lights. As for the design.... well, the important thing is, it's not permanent. But it's hardly likely to rival Big Ben* as a favoured timepiece.

If you can't wait till next March for an Olympic countdown, a glance up at the BT Tower, which since last October has been marking the 1,000 days until the Games begins, should satisfy your timekeeping zen.