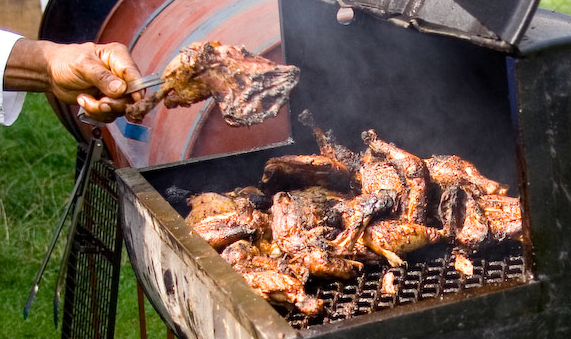 On August 15th, marshall your bravest taste buds and prepare them to go once more unto the breach: the annual jerk cook-out returns to London.

This year the venue is Brockwell Park, where Caribbean chefs will be competing to see which of them can serve up the finest jerk dish (be it chicken or fish) on the day. The cookout is now into its fifth year; previous events were held in the grounds of the Horniman museum, but the one in 2009 attracted 20,000 lip-licking people, too many for the Horniman to cope with, hence the decision to switch to more spacious surroundings.

At last year's event we tried possibly the hottest chilli sauce known to man, a Scoville scale-topping treat with a violent temperament that all the coconut milk in south London couldn't soothe. Won't be making that mistake again: corn-on-the-cob and an iced tea all round, thanks.