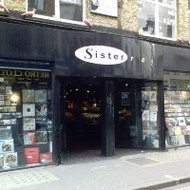 Whenever we're in the West End and need to kill some time we usually wander down to Sister Ray on Berwick Street for a bit of a browse. We flick through the cool vinyl, play with the tenori and generally think it's a wicked shop. We never actually buy anything though, and that seems to be the problem, as it's just been announced that the store has gone into administration.

As one of the few independent record stores left this is obviously not a good thing. Starting out as a stall in Camden Market in the 80s, the store is regularly named as a band's favourite show in London and they've grown into one of the most recognised alternative stores out there.

All is not lost though, the store is still trading and the owners are hopeful for an quick investment saying that, "This is a unique business with a truly global reputation".