Have You Seen This Man?

By Lindsey Last edited 160 months ago
Lindsey Have You Seen This Man? 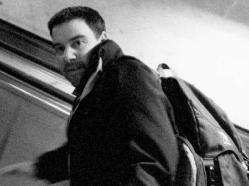 He attacked someone at Waterloo Underground station taking pictures. The photographer in question, though, was quick thinking and snappy and took this very clear mugshot of his assailant. British Transport Police are now seeking to find and question him. PC Ben Dawson said:

It would appear the victim, an amateur photographer, who enjoys taking snaps of London street scenes, was taking shots on the escalators when a member of the public took exception to having his photo taken and asked him to delete the photo.

The photographer told him he could not delete the shot as it was not a digital camera. The man then attempted to grab the camera and punched the victim in the face. The victim suffered cuts and bruising to his face as a result of the incident.

We love a bit of public transport photography. We positively encourage it in our Londonist Flickr pool. However, a note of warning to all our aspirant candid photographers who haven't yet found a sneaky way of getting those gold dust shots. Some people just don't like it.

Many thanks to Annie Mole for sending us the story.