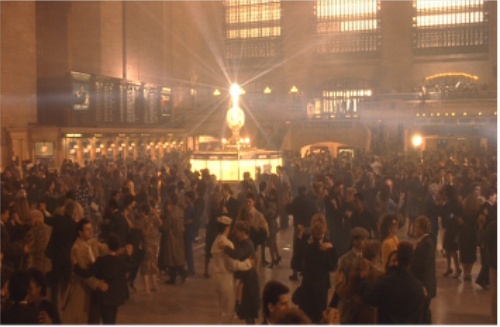 Well this is rather splendid. St Pancras Station is likely to be twinned with the iconic Grand Central in New York:

London & Continental said the twinning would be an historic agreement, linking two of the world's most architecturally impressive train stations.

Well we do like the look of St Pancras from its website, and with still over 9 months to go before the grand opening there's plenty of time to build our expectations to a staggering height. We're already excited simply because it promises to be the first mainline station to voluntarily declare itself an entirely non-smoking station. Cancer lovers will have to rub themselves up against any nearby lampposts instead.

The screen grab above is from our favourite Grand Central moment: the waltz in Terry Gilliam's The Fisher King