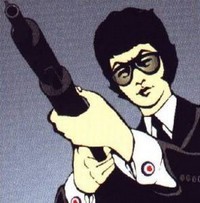 A couple of months ago we reported on the fact that Rockstar Games were opening a London office, and as part of the post we raised this question:

So, could the new studio be a sign that a GTA: London is in the works? Well, the forthcoming PS3 will sell like hot cakes when Sony can bundle it with a GTA game, and where better to set it than in London?

According to a few gaming sites today, there's a very strong possibility that GTA will be returning to the capital for the first time since the expansion pack for the original game way back in 1999 (pictured).

Someone claiming to be an employee of Rockstar North's offices in Glasgow has contacted Joystiq to "reveal" that the game will appear alongside the Playstation 3 in the Spring, and will be set in 1997-era London.

According to our source (who admittedly doesn't have the most perfect spelling), the "3 Island" system will be replaced by a new "North, East, South, West" system, and the main character will be an ex-gangster starting off in the "rough-and-tumble east end of London." Unlocked regions are to include the North End, South End, and West End, in order. The game is supposed to be about 60% finished, with the graphics and physics engines both completed. The focus is now mainly on the game's story component.

How uncanny is that? Mystic Meg eat your heart out.

Although it remains to be seen whether our predictions of "car chases over a raised Tower Bridge, gun fights on the Eye, the seedy underworld of Soho, and remembering to pay your congestion charge every time you enter Zone 1..." will come true or not.