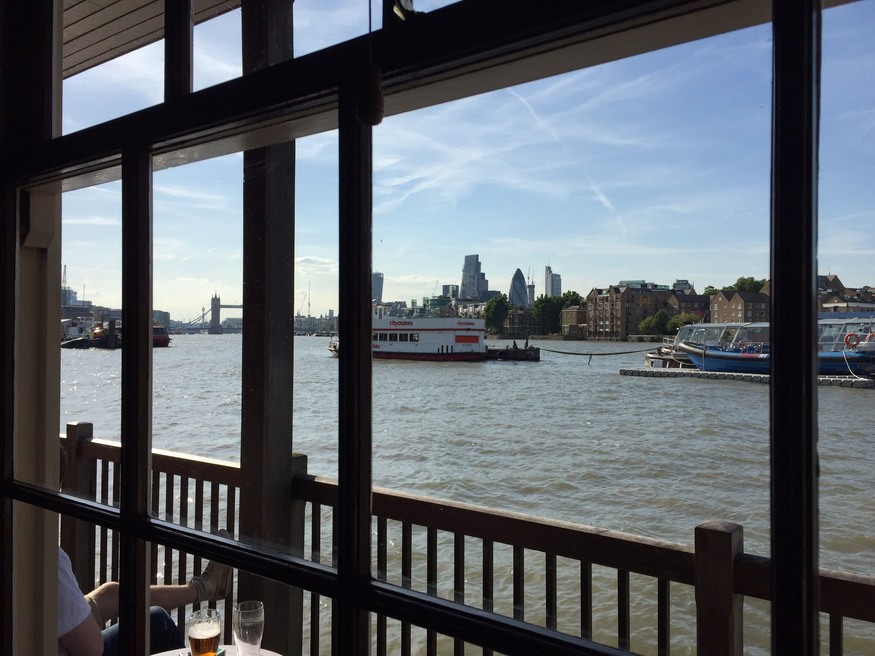 The Angel is an unreformed survival from another age. It perches isolated on the river wall, opposite the remains of Edward III's palace (of which it used to be part, on a diagonally opposite site). Inside, The Angel follows the usual, soothing pattern of Sam Smith's pubs, with dark-wood partitions and small drinking spaces, as though isolated in time from another era. There's no web site, and we got admonished for taking photos, as though we might steal the soul of the place. No danger of that.

Upstairs, you'll find a larger dining space with views over the Thames, or sit out on the narrow balcony. The views are smashing, and it's said that this is the spot from which Turner painted the Fighting Temaraire.

Much of the trade comes from loyal locals and riverside walking parties, but there's a real mix. The beer and wine are standard meh Sam Smith's stuff and the food is straight out of a 1980s Little Chef (check out the picture), but the charm of The Angel is not in the drinking but in the experiencing.