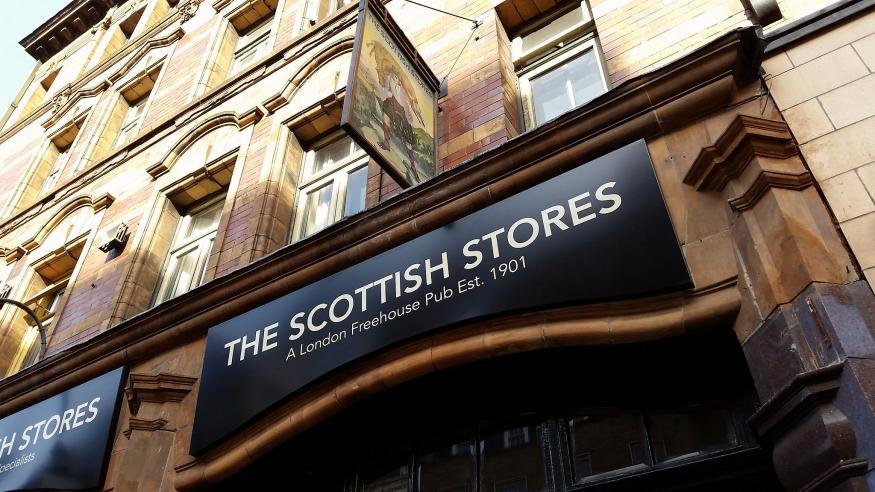 What used to be The Flying Scotsman on Caledonian Road has been given a mighty spruce-up and is now restored to its former name as The Scottish Stores. They're all over the craft beer trend with two of three sets of pumps carrying interesting brews. We spent a night knocking back Ripple Steam's lovely black IPA and couldn't help noticing Celt Experience's Hallstatt Deity saison winking at us over the bar.

The wood panelling and severe stools are functional rather than comfortable, probably designed to evoke scenes of men in flat caps propping up the bar after a shift in t'mill than the middle class London craft beer drinker of today.

We're also reliably informed it gets a damn sight busier than our photos show; but then we did drop by on the first properly sunny evening of the year. We bet the pavements of Covent Garden were rammed, and we had this beautiful pub virtually to ourselves. We consider ourselves the winners.