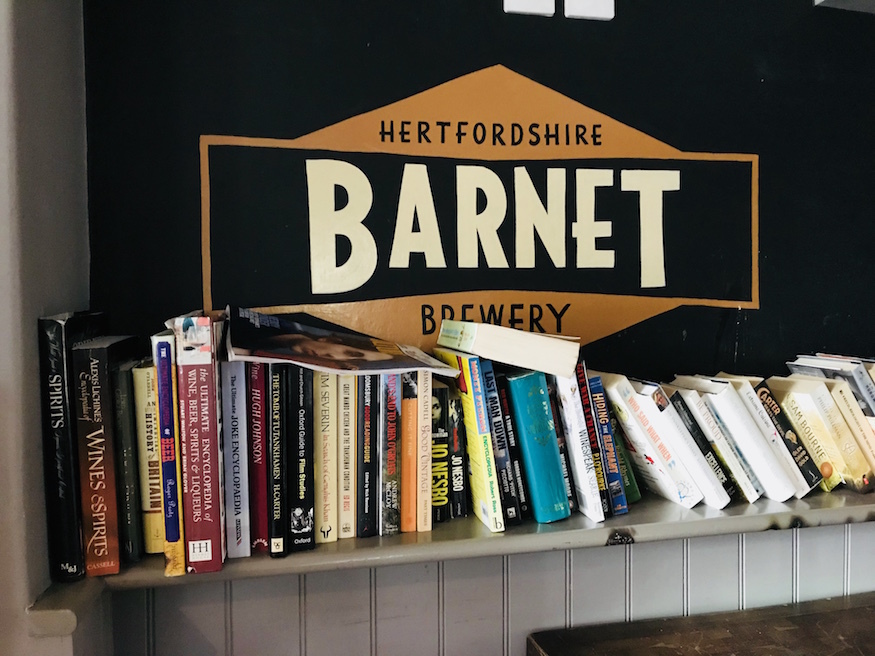 The tendrils of London's craft beer scene have snaked all the way out to the Hertfordshire border, where Barnet stands proud in the form of the Black Horse. This is the home of the simply named Barnet Brewery, and though they may not pump out as many varieties as other small breweries, the pints always hit the spot.

The pub has eight cask pumps, which offer a range of home-brewed treats and tipples from other small producers. 1/3 pint tasters are available, as are £10 Barnet Brewery t-shirts, as modelled by the friendly barman.

There's a separate dining area at the back of this surprisingly large pub, and a garden that you sense must be teeming in the summer. On an afternoon visit, the main pub area includes an elderly man eating from a basket and a particularly yappy dog, though whether they are permanent fixtures we can only speculate.

A Sunday lunch return found the pub much busier, with plenty of families dotted around. The wine list was average — the focus is on the beer. The Barnet Brewery's beers are, as yet, not sold anywhere else. Taste the exclusivity.

The pub's not just nominally horsey — there are pictures of horses being ridden, shoed, and in various states of gaiety, including in the gents. Art work of Old Barnet also brightens up the place, if a black and white photo can brighten up a place.

The yappy dog had fallen asleep by the time we left the pub, we are happy to report. It was entirely absent on our second visit. And a third, which also lacked any home-brewed ales.