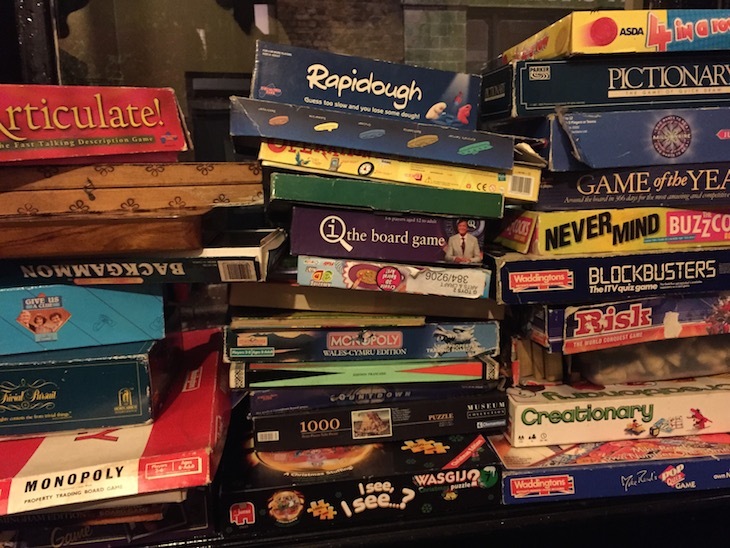 A cosy little number, cuddling up to the canal in the hazy borders of Islington and Hackney — look out for the giant pair of antlers, or wings, or branches of rosemary, or whatever they are, cresting from the roof. The building is a former music hall, where the likes of Charlie Chaplin and Marie Lloyd are said to have performed.

The Rosemary Branch is perhaps best known for its small theatre, but the ground floor pub is a destination in its own right. The square room is filled with sizeable tables, making this a good choice for groups of 6-10 people. The beer choice is pretty decent, with a tipple from Acton's Dragonfly brewery nestling alongside a couple of more familiar concoctions. The pub also houses the largest collection of board games we've ever seen in a public place: have a play, then watch a play.