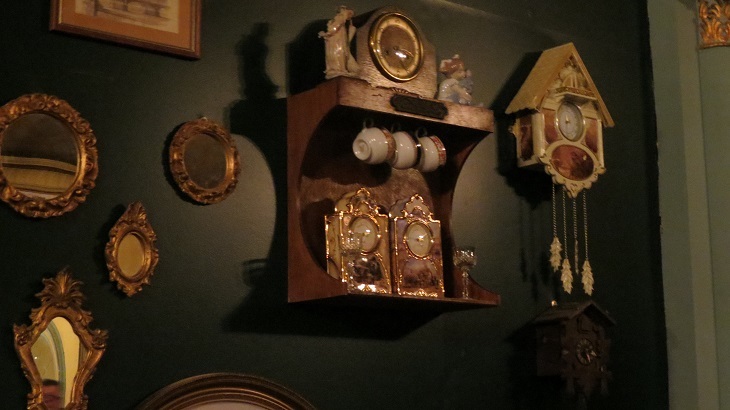 After decades of sad decline, we're pleased to see Walthamstow’s historic EMD Granada cinema opened up again, partially-restored and now serving as one of the most atmospheric pubs in East London. The Grade II listed picture house, frequented by Alfred Hitchcock as a young boy, dates back to 1930, while the site itself was screening all the back in 1896, the year that cinema was officially born.

The hugely characterful building, with its chandeliers and William Morris inspired décor, has been renamed Mirth, Marvel & Maud by new managers, the Antic pub chain. (The head of the company Anthony Thomas explains the odd moniker: “We wanted to bring Mirth back to the Foyer, which is in itself a Walthamstow Marvel. My Great Aunt Maud took me to a similar space as a child, hence our chosen name.”)

Whatever it’s called, it’s still great, with the vast entrance foyer forming a three-storied drinking palace with two bars to choose from. The first is an octagonal booth just inside the doors serving cocktails, the second a bustling basement bar where you can try beer from Wathamstow’s own Wild Card Brewery.

Soho Theatre has long been interested in creating an outpost here in Walthamstow, and is talking to Antic about using the old cinema spaces once they've been restored. In the meantime, we recommend you head over to show some support and enjoy the local beer in a building that's been unloved for far too long. Just watch out for the ghost who is rumoured to flit between the projectionist’s booth and the cinema upstairs — it’s said to resemble a rotund, bald man.