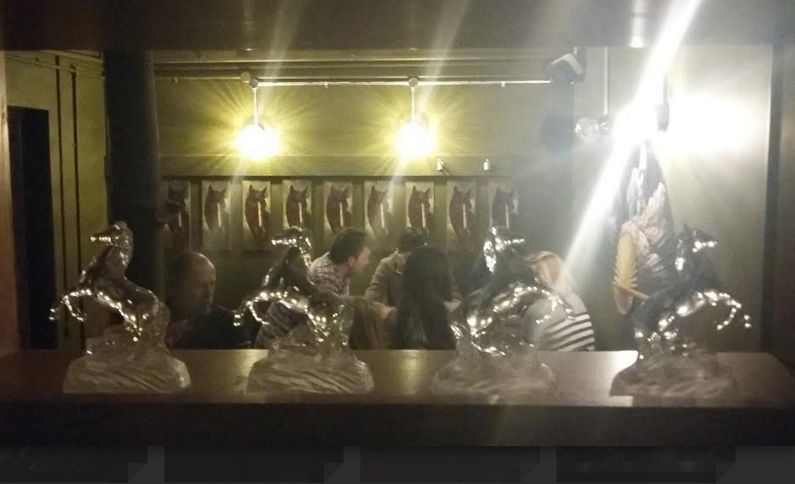 You'd think an Antic pub in Peckham would be a sure-fire winner. Unfortunately, the Hope, which opened by Peckham Library in 2015, didn't exactly knock our socks off. So it was with trepidation that we entered the long-awaited John the Unicorn on Rye Lane.

We needn't have worried; Antic's second stab at an SE15 venue does everything right; this former DIY store goes as deep as it does high — heaps of space upstairs and down, with promise of further rooms to come. Despite its size, on the Saturday night we went the place was heaving — we're not the only ones who like it here.

No one gets a prize for guessing this is an Antic operation; the usual trinkets (in this case lots of unicorns and horses) give the game away. But this is less cosy, more chic than many other pubs in the franchise — especially with the marble effect theme on the tables and wallpaper. That seems to suit this stretch of Rye Lane, fast becoming the hippest drag in all south London.

There's good beer (Five Points on tap, Kernel in the fridge), an impressive shelf of bourbons and a small cocktail list featuring the Unicorn Island (Havana 3, White Rum, Orgeat, lime) and something horrendously sweet called a Lovely Jubbly (we're in Peckham, this sort of thing will happen).

To soak up the booze, there's an excellent pop-up food service. When we were there we tucked in Hao Hao Chi's succulent pork dumplings and prawn toast. Beats a bag of cheese and onion.

By the time they've added a few curtains and opened up all the rooms, John the Unicorn will be one of Peckham's best drinking options.