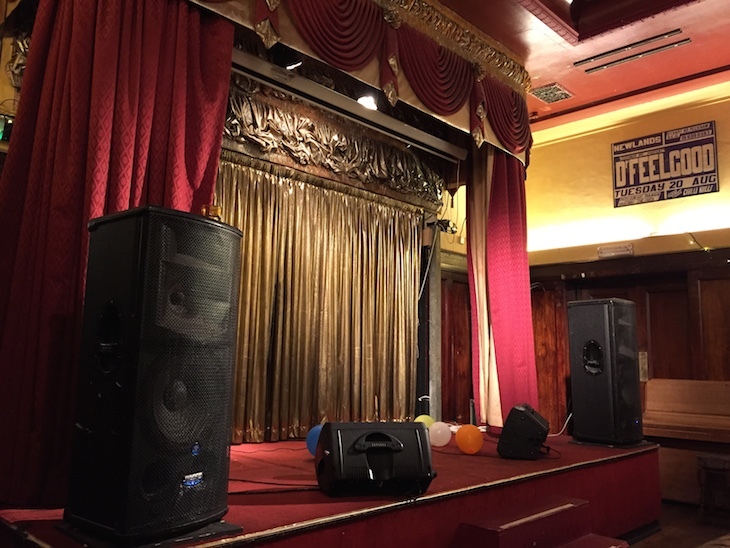 This pub was editorially chosen for inclusion.

It's impossible to walk through the Ivy House without a massive grin on your face. It's so convivial, you'll want to take it home to meet your parents. The pub was recently saved from development when local residents clubbed together and set the place up as a co-op, securing the future of the pub and getting it listed as an asset of community value. And what value. The three main rooms offer plenty of space to sprawl out, perhaps to watch a show on the small cabaret stage or take part in a crafting group. As we walk in, Those Magnificent Men in Their Flying Machines spins up on the sound system. It's followed by something from that mega-selling Moby album. And then a piece from a girl band. How very eclectic.

The pub has plenty of (possible) music history, with legends of Pink Floyd and the Rolling Stones supposedly treading the boards. Alas, few photographs exist and nobody knows for sure just who might have played here — but it certainly looks the part. It also has a lucky history. In 1944, as the new-built Newlands Tavern, it survived a nearby hit from a V1 flying bomb when everything else in the street was obliterated.

The bar has a decent and interesting selection of ales, with eight taps with brews from the likes of Redemption, Trumans and local heroes the Brockley Brewing Co. Traditional pub grub is available, though we've yet to try it. A small beer garden hides away at the back.

Listen to an episode of Londonist Out Loud, in which N Quentin Woolf interviews one of the pub's saviours.