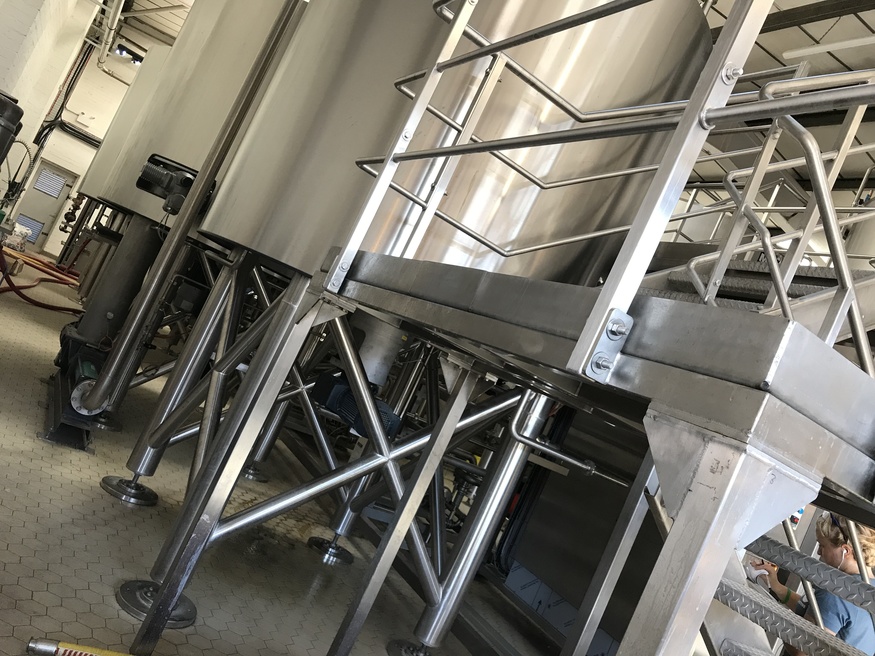 While this database is mostly about pubs, we're happy, nay, obliged to include a few drinking spots that don't quite meet the popular idea of a 'pub'. This includes brewery tap rooms, which typically open on just one or two days of the week, but offer quality beer in an often quirky environment.

Such was the case with Fourpure, though it's now grown into something bigger and better that can open to the public six days a week. Founded in 2013, the company has already established itself in pubs and shops all over London thanks to its nourishing brews and its distinctive and colourful packaging. You've probably seen their bold, bright monochrome cans in your pub's fridge.

The brewery is a devil to find, tucked away under some railway arches in a South Bermondsey industrial estate, with no signage, you definitely want to do your research before heading out there (look for the huge silver silos once you've passed under the bridge).

Nothing like a bit of an adventure to work up a thirst, however, and once you discover the tap room, you'll soon have it quenched. The bar serves Fourpure's usual (excellent) range of kegged stouts, IPAs, Pils and amber ale, plus four or five more experimental brews, some of which top the 8%. These are sold in thirds (£2), but you can order pints or two-thirds (not halves). You can also buy bottles and cans to take away. If you're very lucky, you might even be able to get your hands on a can of Londonist's very own brew, made here in Aug-Sep 2018.

Despite the out-of-the-way location, the place can be bustling by noon. Not, we suspect, with Millwall fans waiting for the nearby ground to open, but with sagacious beer fans making a special trip. Food comes courtesy of Oh My Dog! hot dogs, who have vegan options among their many sausage sandwiches.

The tap room has grown, upgraded and shifted along the arches over the years. Photos in this section show the current set-up, while those below show the brewery in 2016. So far has the tap-room progressed, that it now includes baby changing and highchairs to accommodate even the youngest of visitors. It puts many traditional pubs to shame.