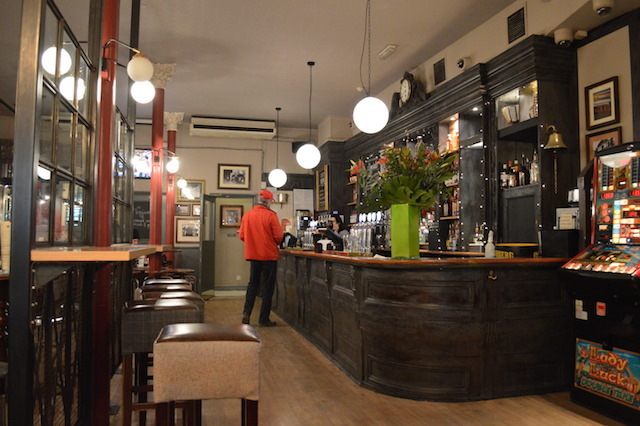 You walk in, and it looks like any other middle-of-the-road boozer. But then we completed our pub crawl and realised that this is one of the very few places in the area that isn't gastrofied up to its frilly pelmet. It's a down-to-earth, no gimmicks place that must be the only bar on King's Road where beer drinkers outnumber wine sippers, or diners. That doesn't mean it's necessarily cheap. The keg ales are a little north of £5 — an increasingly common price hike, but one that still surprises. Venison pie is on the menu. Fortunately, there are three or four draught pumps offering reasonably interesting and inexpensive options.

The pub — formerly called the Commercial Tavern — is named after William de Morgan, founder of Chelsea Arts Pottery. Until recently, you could see many items from de Morgan's collection across the water in Wandsworth. Now closed, the collection's custodians are looking for a new home, but you can still toast the man in his dedicatee drinking hole. Save a salute also for Jimi Hendrix and Mick Jagger, who both supposedly drank here when King's Road had cool.

Back to all Pubs Back to Chelsea
Click for Comments