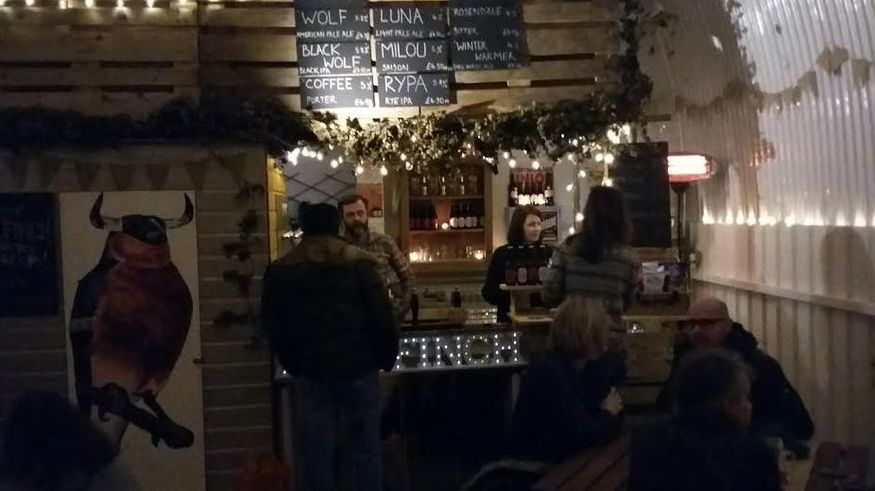 Having given the trendy Bermondsey Beer Mile the slip, Bullfinch have pitched up at another in vogue location — an arch just off Norwood Road in Herne Hill.

Thing is, the area needs a place like Bullfinch; the tap room is essentially an antidote to the encircling gastropubs and uninspiring boozers. Like many microbreweries it's sparse and a bit dingy (lit by candles and fairy lights alone), but it's got an eclectic clientele (not all middle class 20-40 somethings) and is incredibly welcoming thanks to the couple behind the bar, who pour out their wares with a smile.

The stuff they're pouring will put a grin on your face too — Bullfinch have perfected their range of brews: a zingy 6% saison called Milou (it's named after Tintin's dog), a coffee porter and our favourite, a moreish American pale ale served in jars and called Wolf (maybe because you can't help but wolf it down).

Bullfinch, along with neighbour Canopy, is the place to come when you fancy a crafty craft beer as trains rumble overhead, but without the fracas that is Bermondsey on a Saturday afternoon.