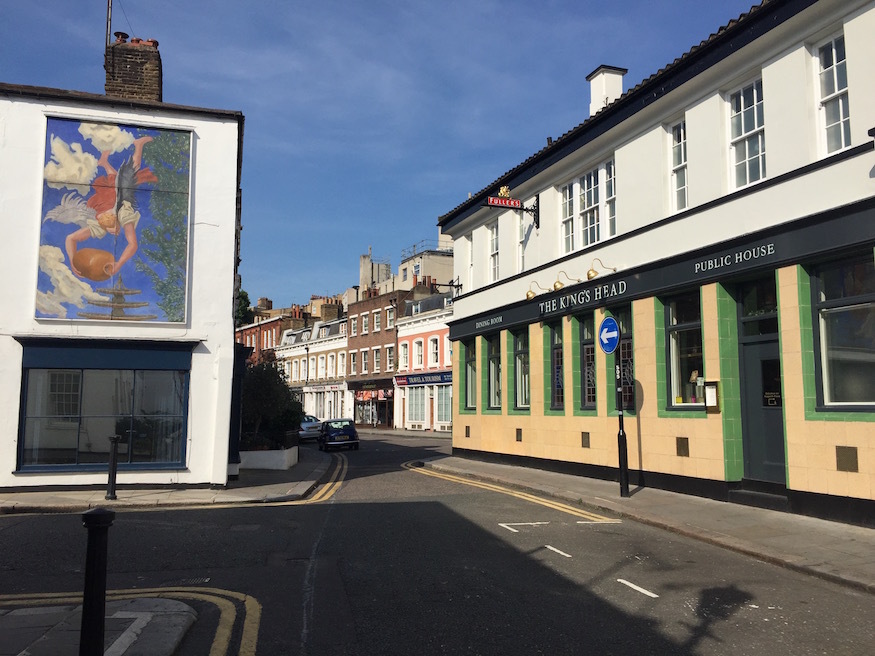 The King is dead. Long live the King. When this place was ran by the Faucet Inn group,  the hanging sign depicted bad old George IV, the same monarch who indirectly gave us King's Cross, the end of silly wigs and Blackadder III. Now in the hands of Fuller's, we note that the place now swears allegiance to the classier George V.

This is a well appointed place, occupying the thin end of a street wedge, and far enough from the high street to relax. The interior is classic informal gastropub. Big, square tables at one end suggest that this is a place of food-centric persuasion, yet there are ample cosy corners with a mock Georgian panelling for those just seeking a drink.

Five ale pumps dispense Fullers' finest, alongside at least one guest ale. With around 12 each of white and red, the wine list is above average, and particularly good for by-the-glass options.

Although the Kings Head is more classy than some of its high street neighbours, it's still in sporty Earls Court, so expect the screens to be switched on for the big games. There's also a pub quiz on Mondays.

Back to all Pubs Back to Earls Court
Click for Comments