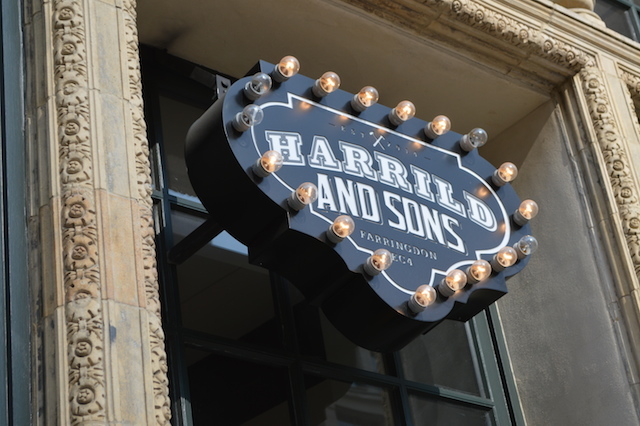 This place is, far and away, the most interesting thing on Farringdon Street, the Square Mile's dullest road. The name remembers Robert Harrild, a famous printer of the early 19th century whose factories were hereabouts. His machinery is all over the food menu.

It's a spacious old building, from the same stable as the splendid Well and Bucket in Shoreditch. Indeed, the decor and concept is all very familiar, with skull portraits on the walls, a copper-topped bar and electrical fittings, light-coloured bricks and dark woods. A vast skylight illuminates the comfy back room.

Drinkers of rare ales will squeal, with two or three unfamiliar casks, many more on keg (including a couple of powerful tipples above 10%), and a lot o' bottles. We haven't tried the eats, but the menu resembles that of its Shoreditch cousin, which serves among the best pub food we've ever sampled. Fresh oysters are a speciality. The comparisons go even further — both establishments also boast a dimly lit basement cocktail bar for when the beer and wine is not enough. An early starters menu from 5ish sees some of the house cocktails served upstairs at a discount. A marvellous place.