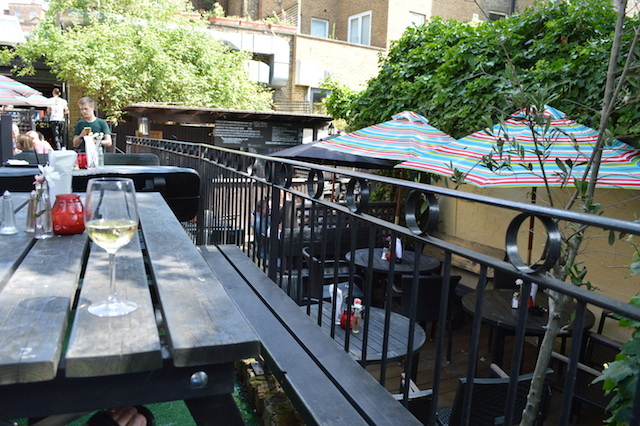 Despite its youthful populace, West Hampstead has never had a particularly bountiful selection of good pubs. The Black Lion is the only long-term stalwart of any note (yeah, OK, there's the Railway, but it's hardly exceptional these days). The Lion's been through some transformations over the years, from a mediocre sports-oriented pub, to a superior sports-oriented pub, to today's incarnation: a well appointed gastropub with plenty of bells and whistles.

It is a bit of a shame that so many tables are laid out for eating — the pub could do with more areas for just chilling, especially at the weekend. But there's no denying that the grub is grand, even if the nearby Alice House has it in an armlock. The chief attraction of the Lion, however, is the surprisingly roomy beer garden out the back. We remember crowding in here for numerous Premier League fixtures on an outdoor giant screen around the turn of the Millennium, but it's now mostly busy with diners and white-wine sippers, basking in the shade of an ancient maple. Still, there's often a table to be found when many other beer gardens are full to bursting, and regular BBQs add another draw. Additional outdoor space at the front serves those who enjoy people watching on the bustling West End Lane.