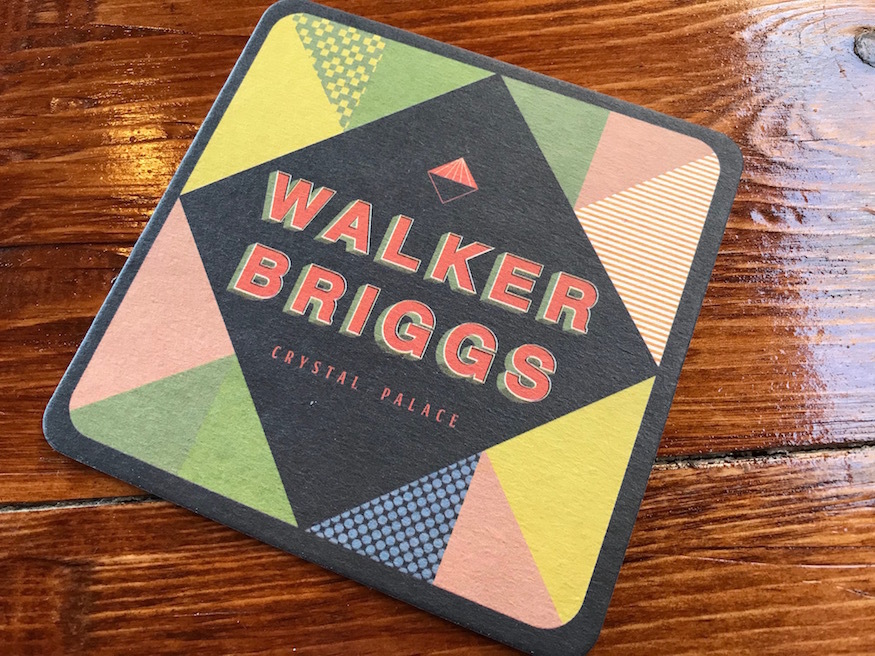 Why do some parts of town get all the good pubs, while others can barely muster one? Crystal Palace is drenched in loveable boozers. The Triangle alone has at least five. Now enter Walker Briggs with yet another must-visit bar.

The WB opened on Westow Hill in mid-2017. It's part of the fast-growing Antic group, and is just yards from the chain's excellent Westow House. In fact, the two are so close that a determined pub crawl could literally crawl between them without injury to knee or palm.

Walker Briggs is named after a pair of shops that once adorned this stretch of the hill — a common motif of Antic, who've named sister bars after a bowls club, a job centre and even an S&M practitioner.

The vibe is somewhere between classic pub and modern bar. Devotees of the chain will feel at home with the usual exposed brickwork, half-painted walls, mis-matched china and naff wallpaper. A small beer yard extends out back, sadly lacking the spectacular views one might have hoped for at this lofty elevation.

Any doldrums are quickly relieved by the beer, which comes from 10 keg lines and four hand pumps — similar to Westow House. The wine list is also pretty smart, though mostly north of £20 a bottle. A shout-out, too, to the staff who were nothing short of charming throughout.

Back to all Pubs Back to Crystal Palace