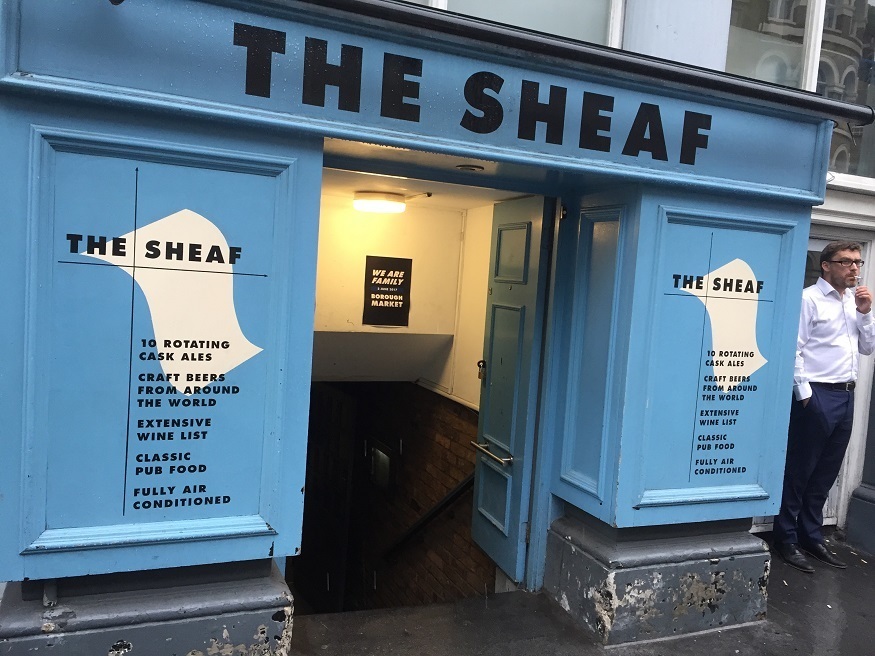 Borough Market must enjoy the greatest density of pubs per acre of any place in London. There are five within the market proper (not including various bar/restaurants). Add to this two bar-pubs beneath the old Hop Exchange on Southwark Street: teutonic bar Katzenjammer, and this place.

The Sheaf very nearly shares its name with the Wheatsheaf, which is just a few metres away on the other side of the rear wall. That's no coincidence. The Sheaf was set up by staff of the Wheatsheaf, after the latter closed down. In a nice touch, framed photos of the old Wheatsheaf's regulars can be found hanging on the walls of the Sheaf. Just to confuse matters, the old Wheatsheaf has since reopened. We know more than one person who's waited for friends in the wrong one.

This is a place geared up for serious drinking. Long tables are clearly looking for big-night-out custom (hello, Jagermeister dispenser), but also cater well for large groups seeking after-work drinks.

The beer range is splendid, with eight or nine different cask ales ready for your perusal. Rather fitting for a cellar that once stored hops. Wine lovers will find something more cursory.

It's unusual to find a sporty theme in a craft ale place, but the Sheaf confounds at every turn. The pub is lined with TVs for the big games, and a couple of dartboards see regular use.

Back to all Pubs Back to Borough and Bankside