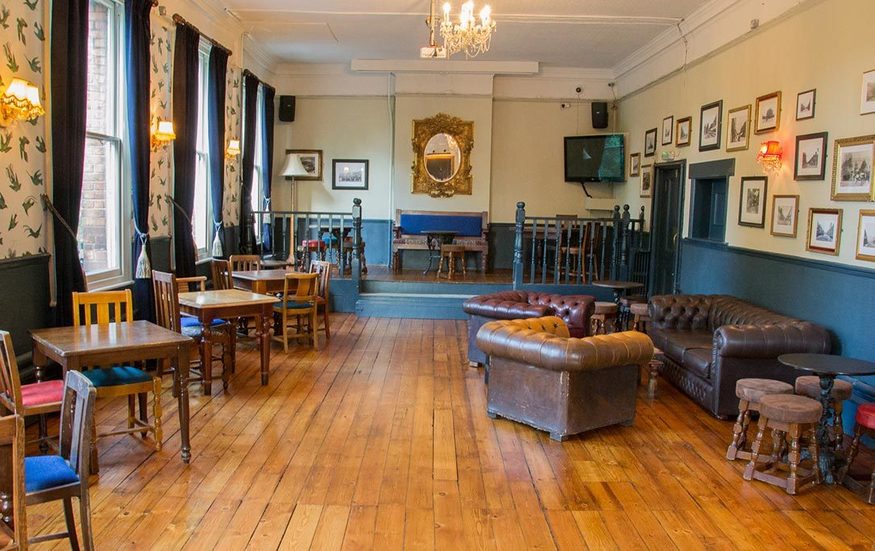 The grand Mason's Arms presides over Harrow Road like it owns the place. It feels like an old coaching inn, and it's in the right place on this ancient byway, yet the pub dates from the second half of the 19th century when that trade was in decline.

Built beside Kensal Green cemetery, the pub takes its name from the stonemasons who still inscribe headstones from nearby premises. The place is built for pleasure, but it's not doubt seen a few wakes over the decades.

Inside, the Mason's is a fine and sturdy gastro-oriented pub, with plenty of space to spread out. We clocked some fishy wallpaper identical to that beautifying the walls of the Marquis of Westminster.

Four cask pumps and the usual array of kegs offer a fairly standard selection. The wine list is similarly decent but not variety-heavy. Food-wise, this is mostly a burgers and sides place, but full-on Sunday lunches are also available.

The small, cobbled (alright, setts) beer garden only adds to the feeling that we're back in the heyday of horse-drawn visitors.

The Mason's Arms is easy enough to find. Turn left out of Kensal Green tube, and there it is.

Back to all Pubs Back to Kilburn and West Hampstead