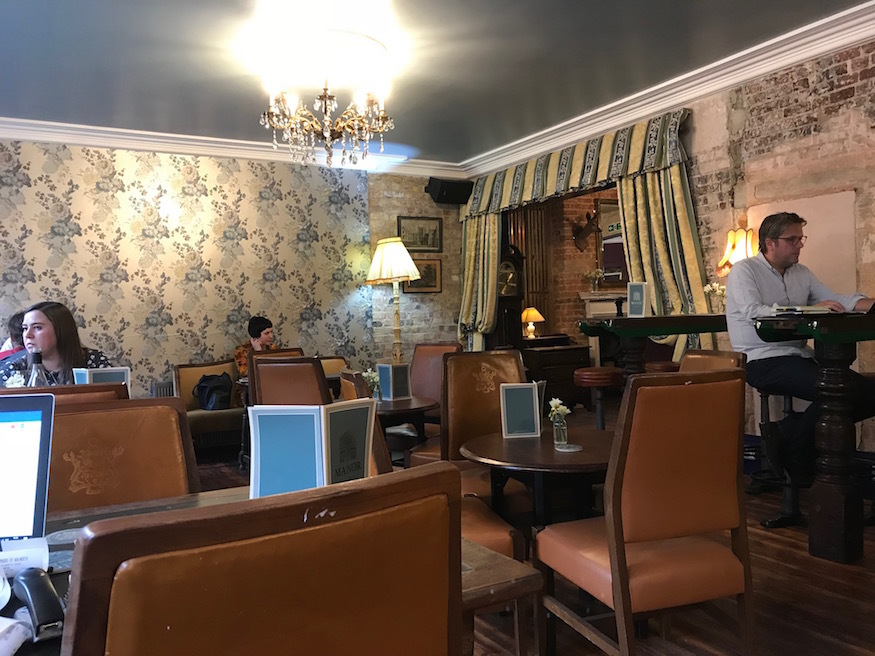 Walworth has never been on the London beer-drinker's map. A 'recherché place to meet up,' declared our North London drinking buddy with a bigger vocabulary. The Manor of Walworth, which opened in April 2018, finally brings craft ales and a bit of pizzaz to the area, much as sister pub the Elephant and Castle did for the nearby transport hub.

It's situated within an imposing, Grade II-listed Georgian building, formerly the headquarters of the Confederation of Shipbuilding and Engineering Unions. Everything is shipshape inside. It's a bar of two halves, with a cosy front area in the manner of a traditional pub, and a larger, brighter back space that reminds us of a Georgian sitting room.

This is in Antic pub, so you can expect the usual mix of recycled furniture, exposed brickwork, dubious wallpaper and, alas, taxidermy. We claimed a battered old writing desk, which looked like a refugee from the old Labour offices that once inhabited the Walworth Road.

The bar has an interesting mix of craft ales, though perhaps not as replete or adventurous as some of the other pubs in this chain. We'll have to pop back again soon, for the kitchen and garden hadn't yet been completed on this taster visit.