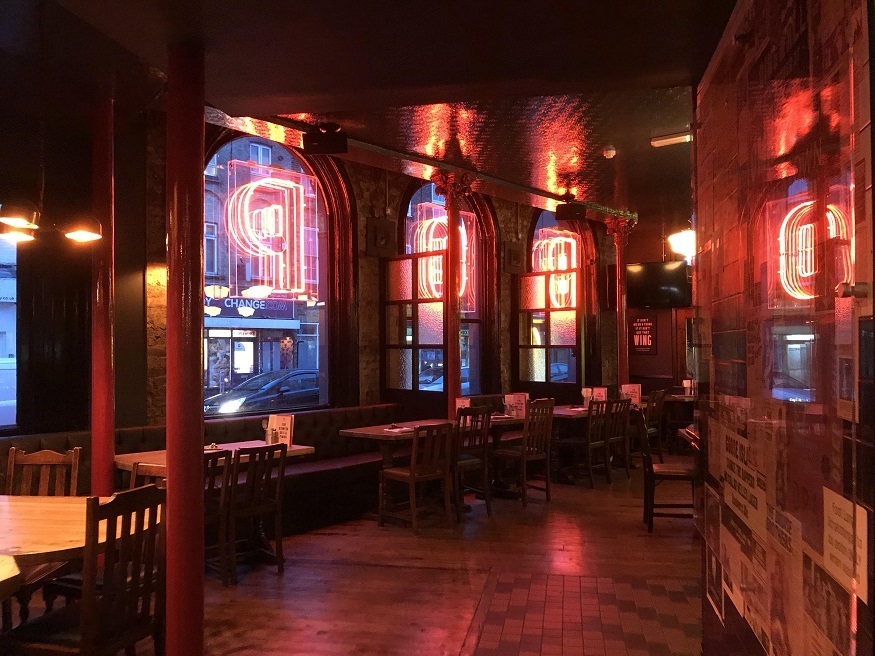 The once tiny Draft House chain is beginning to look like a major player, with a dozen bars in London and counting. Like its litter-mate in Kennington, the Camden Road venue opened in summer 2017 after acquisition from the Grand Union group.

We haven't paced out the perimeter, but this feels like the largest Draft House yet. Drinking comes in three sizeable spaces, all of which are larger than some of the other pubs in the chain. Despite the space, the mood is kept intimate, with low-level lighting and muted furnishing — a far cry from the lurid green chairs we've sat on in other venues from the group.

Each individual Draft House feels different enough from another that the punter doesn't feel like they're in a chain. This particular Draft House focuses on Camden's musical heritage; the walls are lined with posters from The Clash, The Who and other artists who made this slice of north London so popular. In many other pubs this would veer into tackiness, but Draft House has enough charm about it — and a whole lot of neon — to pull it off.

As is always the case with Draft House, there's a bounty of beers here. When we went there was an ale cask of the day, with a pint priced at a shockingly affordable £2.90. Other beers might not be so cheap, but neither are they totally unreasonable. There's also a wide selection of food, and although we didn't try any here, the menu didn't particularly differ from other Draft Houses we've eaten in, which have always delivered in the past. It's worth noting that the burgers are half price on a Monday if you're looking for a tasty deal.

Upon stumbling out into the night, slightly off balance punters will be pleased to see it's directly opposite the Overground station, and a two minute walk from the tube.