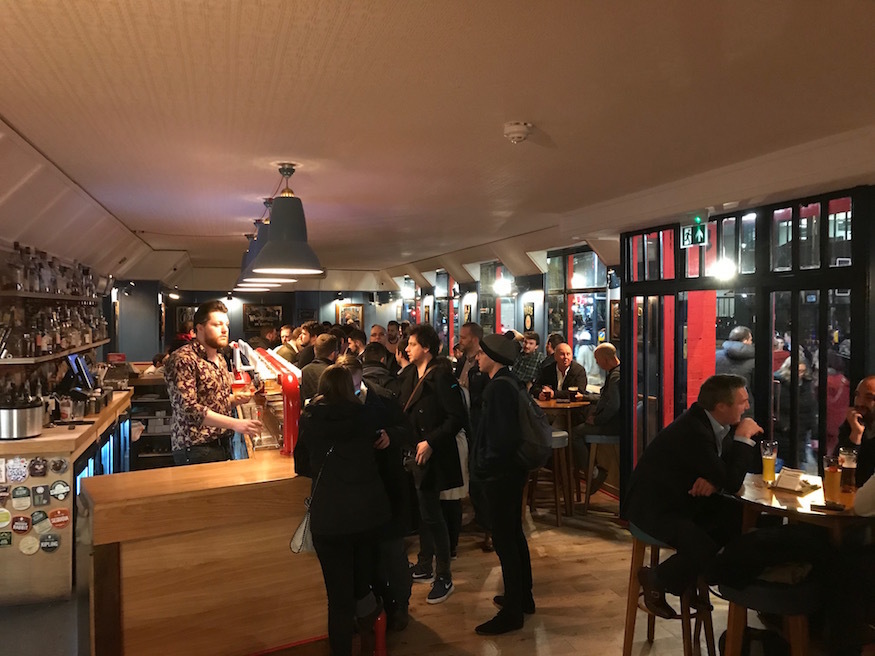 The once pedestrian drinking scene in Shoreditch is getting better by the year. Following the arrival of a Draft House and the reopening of the Griffin as a craft beer joint, locals can now sup at the daddy of all superior ale bars: Craft Beer Co.

The chain's eighth venue takes up the building formerly occupied by the old-school Nelson's Retreat pub, and latterly by a forgettable cocktail bar, whose forgettable name we've already forgotten. The new incarnation is all about the beer, with a simply staggering selection. I mean, just look at the taps — they extend into the distance almost to vanishing point.

According to the website, the full tally is 25 (!) keg lines and eight cask pumps, plus enough bottles and cans to keep a recycling centre busy for weeks.

Otherwise, there's not much else to say about the place. It is tastefully decorated (notwithstanding the gaudy paint job outside), has a small beer yard to the left, and feels like a convivial place to drink. It also has a jolly late licence at the weekend, staying open until 2am. (Be careful, the Old Street branch of the Northern line is not part of the Night Tube.)

There's no kitchen as such, but the pub does serve pizza from Slice & More a few doors down, and they also dispense pork pies.

We do fear for its future, however. Plans are afoot to demolish the building and erect a big, grey yawn of a building on the same site.

Back to all Pubs Back to Hoxton and Shoreditch