Which Is The Best Commuter Town To Live In?

By Londonist Last edited 51 months ago
Londonist Which Is The Best Commuter Town To Live In?

Forget living in London for a minute (or, indeed, the rest of your life if you're on an average wage). The commuter belt offers dozens of alternative town in which to build your nest. Most are cheaper, with decent quality of life, and often a quicker commute than the stop-start tube. But where to go? 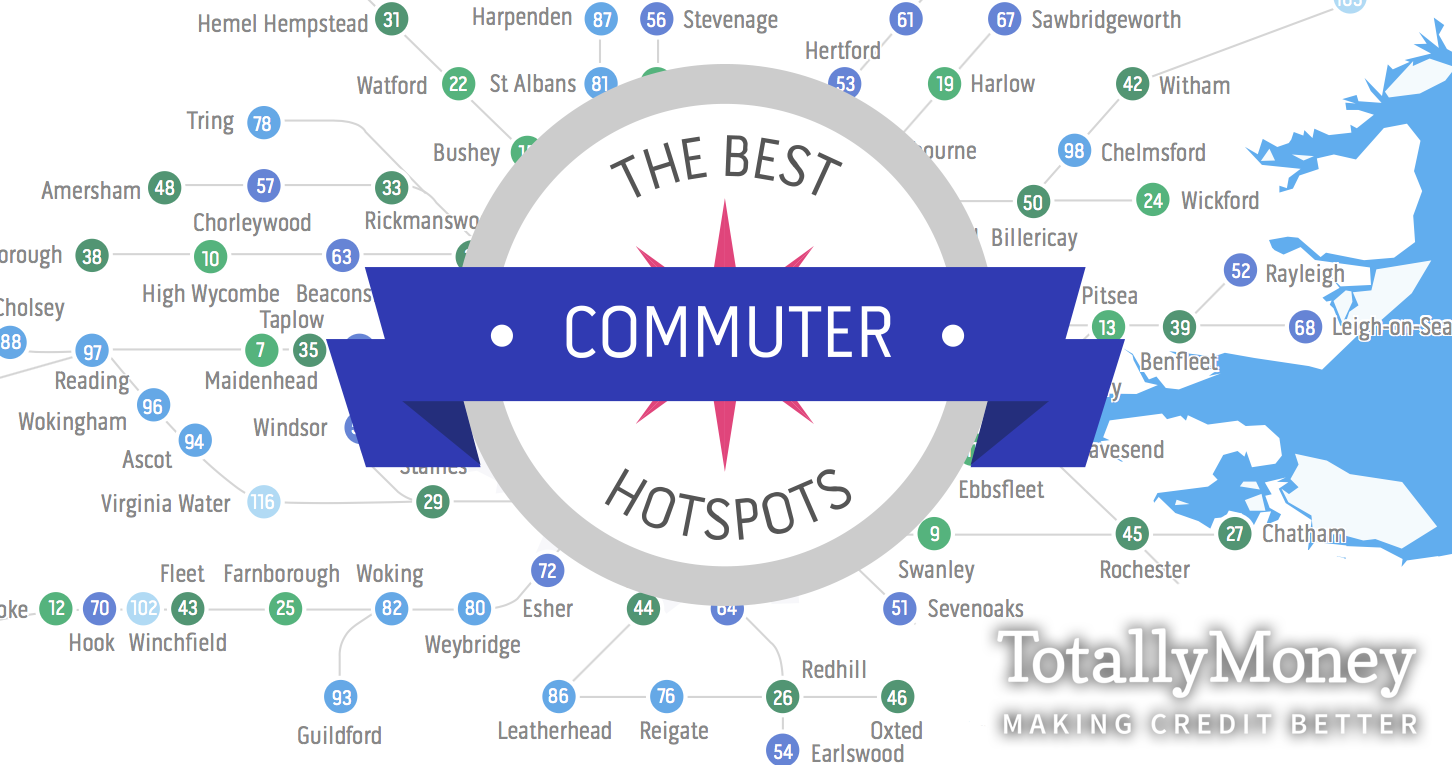 The first thing to note is that this is not really an 'embeddable interactive tool', as promised. It's merely a graphic that clicks through to their website. Which is obviously the real purpose, but it's still fun to play with.

The tool ranks towns based on four measures: journey time, average house price, average train price and the ONS's data on resident satisfaction. It's not clear how these four metrics are combined into a ranking, so what follows is all based on opaque numerical witchcraft.

The top place to live is Purfleet, whose noted residents include (and, it seems, are limited to) Count Dracula and some wading birds.

Meanwhile, the worst place to live is leafy, lovely Virginia Water. That headline-conjuring result is mostly because of mahoosive house prices. These push Virginia Water well beyond realistic desirability. Oxford, with its wretched spires and identikit medieval architecture is your second-worst option — a hateful place to live.

Overall, the best county seems to be Essex with three towns in the top 10 (Purfleet, Laindon and Grays). "All three have journey times into London of less than 40 minutes and have reasonably priced season tickets, both factors contributing considerably to their top rankings."

More detailed rankings, and the interactive tool, can be found over on the credit company's website.