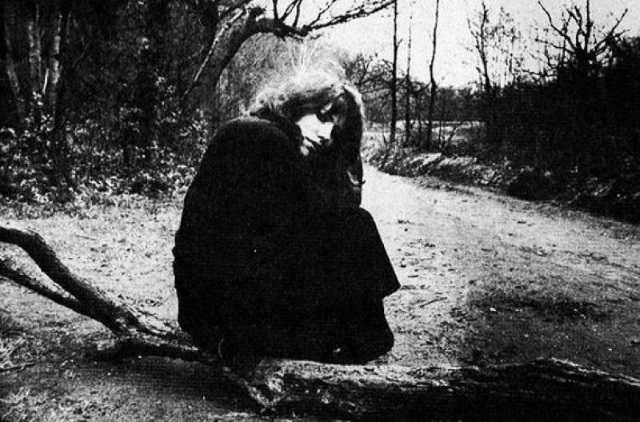 It’s International Women’s Day this weekend, and though there are clearly countless ways to celebrate women’s influence in the world we've decided music’s as good a topic as any. Here’s a selection of London women you may be less familiar with than your Kate Bushes and Adeles, from both past and present, each of whom have left a lasting impression in music (or are in the process of doing so).

As the vocalist of one of the most critically acclaimed and fan-adored bands of the last three decades, you would think Bilinda Butcher would be approaching household name status. Yet the number of people who could name the various members of My Bloody Valentine are few, and the fact that they’ve only released three albums in their 32 year existence might explain their strange mix of fame and obscurity.

Butcher is nevertheless famous enough to have had a band named after her. Here she is demonstrating how someone can make their vocals blend into the music with devastating effectiveness on one of MBV’s most famous tracks, I Only Said.

Though punk was a largely male-dominated sport there were certainly women who made waves in the late 70s and into the 80s. Honey Bane was one of them, beginning at the age of 14 with a band called the Fatal Microbes and subsequently somehow winding up with her on the run from Social Services for various misdemeanours. Her musical career endured ups and downs, though she’s still at it with an album released in 2014 entitled Acceptance of Existence.

Never let it be said that we’re easily influenced; singer-songwriter Sadie Jemmett’s forthcoming album is called London Love Songs, due out next month. The album began as a collection of songs about Sadie’s life as a working mother playing and living in London, and was recorded in Abbey Road Studio 2. It will be her second album, following her 2013 debut, The Blacksmith's Girl, which garnered dazzling reviews from all quarters (and is superb, we can confirm).

She will be playing live in support of the new record during the coming weeks — head over to her website for details. And we expect great things of London Love Songs, having heard this taster from the record.

Whitechapel girl Alma Cogan was the highest paid British female entertainer of her era, and yet her name seems to be partially obscured by the manufactured disasters polluting the airwaves in the last couple of decades. Her heyday was during the 1950s, when during an unexpected bout of laughter during a performance of If I Had a Golden Umbrella, Cogan earned herself the nickname ‘Girl With The Giggle’.

The fickle industry eventually decided Cogan wasn’t hip enough to stay popular into the swinging 60s, and in any case it proved irrelevant when she tragically died of cancer in 1966, aged just 34. Here’s Cogan’s 1957 track, That’s Happiness.

One review of sort-of-jazz singer Gwyneth Herbert’s 2013 album The Sea Cabinet described the record as: “Haunted and haunting. Poignant and achingly beautiful. Ribald and raunchy.” Possibly drawn by those last two adjectives most of all we have no qualms in declaring Herbert as one of the finest contemporary jazz and swing singers we’ve never heard of, and that’s our fault not hers.

She has released five solo albums to date, most notably the critically lauded All The Ghosts of 2009, and her style and range are superbly epitomised by So Worn Out from the aforementioned 2009 record, and here’s that.

It is to be hoped that the performers of the music halls of the early 20th century are one day given the recognition they plainly deserve. One of their female standard bearers was Gertrude Lawrence, who gained fame in both Britain and America following early career breakthroughs in London. She and Noel Coward formed a partnership which would benefit them both greatly — he wrote his first revue, London Calling, specifically for Lawrence and it provided him with his first major hit, titled Parisian Pierrot.

Her work led her to New York, where she won a Tony Award for Best Actress in a Musical for her performance in The King and I on Broadway, opposite Yul Brynner. But to Londoners she would be remembered for her music hall performances following the end of the First World War. One of her signature tunes at the time was the famous Limehouse Blues, and here’s a rendition of that in a medley with two other tracks.

Having received a break at a Missy Elliott concert at Brixton Academy in 2001, freestyling on stage at just 14 years old, Amplify Dot has become one of the most respected female rappers in the capital. She has worked with artists and producers including Busta Rhymes, Kano, Emeli Sandé and Ms Dynamite, and has taken on a side career as a presenter on BBC Radio 1Xtra.

Her style takes in the multiple twists and turns of grime, hip hop and the genres in between making up London’s fluid music scene, and it’s perfectly illustrated by her 2011 track Semantics, which you can hear below.

Once described by John Peel as "the best lady singer-songwriter in the country", Bridget St John (pictured, top) enjoys a cult following of the type that has built up around Nick Drake since his death. There’s actually a certain similarity to their vocal styles, with a hint of Velvet Underground collaborator Nico there too, but St John was a considerable force in her own right on each of her three albums recorded around the start of the 70s.

And she was still occasionally performing at least until a few years ago. Newcomers are advised to aim for Songs for the Gentle Man, her second album, released in 1971. From that album, here’s the track If You’d Been There.

The Northern Soul explosion was a hugely important moment for music appreciation in this country, but the nature of the movement meant that London acts with a hand in it were hard to come by. Proving that we can be as soulful as anyone in the world was Lorraine Silver — not that she knew it at the time. Her song Lost Summer Love is an evocative stomp with powerful vocals, but it as good as passed the public by on its 1965 release.

Silver dipped in and out of her musical career for two decades before unexpectedly discovering her track had become famous among Northern Soul enthusiasts, and justifiably so. Here’s the track in question, and it’s a beast.

One of the UK’s most famous post-war mezzo-soprano singers, Maureen Lehane’s influence stretched far beyond the stages of Sadler's Wells and the Royal Festival Hall. Her performing career was focused mainly on the work of George Frideric Handel, but her work teaching her art to students ultimately led to the Great Elm Music Festival and the annual Maureen Lehane Vocal Awards, a national competition for 22-to-30-year-old singers.

Lehane eventually retired to the shires, and died in 2010, but her influence in classical music lives on. Here she is performing some of her favourite Handel.

We could have picked any of the founding members of all-female rock band Girlschool, as they’re all from London, but the most often written about member of the group is Kelly Johnson — sadly the only member no longer with us. Johnson’s guitar playing demonstrated that a woman could comfortably match that of the best male rock guitarists, earning flatteringly sexist remarks from Jeff Beck in the process, reiterating the barriers women in music have come up against over the decades.

Upon leaving Girlschool in the mid-80s Johnson moved to America and joined a band named the World’s Cutest Killers, but the pull of London was too much and she rejoined Girlschool in 1993. She remained in or around the band until her death from cancer in 2007.

Here’s one of the band’s early triumphs, Hit and Run, which clearly demonstrates a rock star at the top of her game.