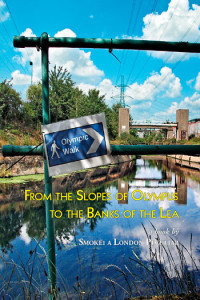 From The Slopes of Olympus to the Banks of the Lea, by Smoke: A London Peculiar

If you remember Smoke Magazine — a much-missed fanzine about London — then this book is a doddle to explain: it's simply a bumper issue, in the guise of a book, themed around the Olympics and Paralympics. If you never read Smoke, it's a little trickier. Imagine a jumble of short stories, poetry, photography, irreverent but pleasing claptrap, pictures of pigeons and the occasional swipe at Time Out, and you get something of the idea. "From The Slopes..." marshalls all of these formats to provide a many-headed hydra's view of what the Games meant for our city. A Greenwich binman spells out the Games-time obstructions to his job, to the tune of Wichita Lineman. A former resident of the Park's fringes laments the loss of his childhood street, but also recalls some of the grimmer aspects of the area's past, where bullying, murders and child abuse were facts of life. Then in a surreal twist, we learn about the plight of the Stratford banshees, and Boris Johnson's vendetta against their kind. All human life is here (plus pigeons and banshees). We read this one cover-to-cover in one sitting. Even the index is a work of minor genius, beginning with "Ackroyd, Peter, failed circumambulation of" and ending with "Wyvern, Theo the". Smoke, it's good to have you back. Buy here. 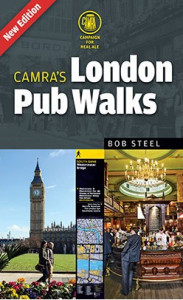 It's seven years since CAMRA published its book of London pub crawls. Plenty has happened on planet pint since then. On the one hand, we've seen a staggering rise in the number of central London venues selling real and craft ales, and a trend for small microbreweries that's spread even to such unlikely haunts as Westfield Stratford. On the other, traditional pubs are still closing at an alarming rate, especially in the suburbs. Bob Steel's timely reworking of the guide lists over 190 choice pubs spread over 30 walks. He covers most of the obvious bases while also venturing into territory not normally explored by such guides. A Croydon pub crawl might not seem too off piste to those who truly know the area, but Carshalton? And a third touring the Tramlink? Meanwhile, more common drinking destinations like Camden Town and Greenwich don't get a mention. Such eccentricities are a blessing rather than a curse, and give even our well-travelled livers some new targets. Splendidly mapped and illustrated on glossy, wipe-clean pages (we're already speaking from experience), we highly recommend this book, even though Londonist is something of a competitor. Buy here. 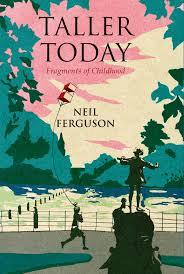 This charming tale of growing up on the fringes of Kensington Gardens reads like a novel — perhaps a more down-to-earth Peter Pan. In fact, Taller Today is the childhood memoir of novelist Neil Ferguson. On one hand, the author's formative years in 1950s London sound idyllic. While most children were scrabbling around in bomb sites, Ferguson had all of Kensington Gardens as his daily playground, flying kites and hiding in trees. On the other, he had to contend with a distracted father making a perilous income as an inventor, an often absent mother, and frequent dancing around the poverty line.

London plays a starring role in this biography but, at heart, it's the story of a boy's relationship with his father. Often poignant, it quietly reels in the attention through the subtle magic of good writing. Buy here. 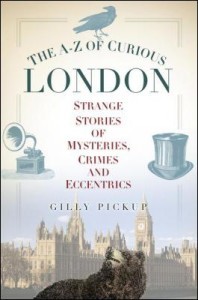 The A-Z of Curious London, by Gilly Pickup

The section of our bookshelf devoted to 'secret', 'peculiar' or (as here) 'curious' London is chunky, to say the least. What need is there for another volume on lesser-known anecdotes about the capital?

Well, this one sets itself apart in two ways: (1) plenty of genuinely fresh revelations; (2) a narrative, storytelling style that feels more readable than the usual fact-packed miscellany. We particularly enjoyed the tale of how the first man to wear a top hat was arrested for donning headgear 'calculated to disturb timid people', and a nugget about the only vehicle to ever drive down Burlington Arcade.

The author clearly had a lot of fun researching this book, and you'll get the same from reading it. Buy here. 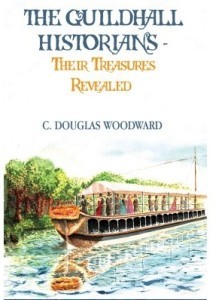 The Guildhall Historians: Their Treasures Revealed, by C Douglas Woodward

A chunky book on a chunky subject: the history of the City of London. For the past 70 years, an exclusive group of City Aldermen and Councilmen have convened regularly to discuss the near-2,000 year history of the Square Mile, producing over 200 papers on subjects as varied as the City's mythical origins, buried rivers, the creation of the Barbican Centre and 'the romance of private banking'. The Guildhall Historical Association has, until now, kept the fruits of its labours largely to itself. This book presents edited highlights, and serves as a taster for the complete archive of papers, which was recently placed online for all to enjoy. Perhaps not one for the casual reader, but an important new resource for the committed London obsessive. Buy here.