We've put together a list of the best stately homes and historic houses around the capital. In our opinion. Yours may differ, and we'd love to hear it below.

The beautiful gardens of Chiswick House

Chiswick House is a beautiful neo-Palladian building in a stunning garden setting. It's a slightly dubious inclusion on a list of great homes and houses, as it was never intended as such. The building was created in 1729 as a bold architectural experiment by the Earl of Burlington, who sought somewhere impressive to show off his artwork. You can still find plenty of fine art at Chiswick, but the gardens are the real star, with a series of spectacular features and vistas.

Ham House, glory on the Thames 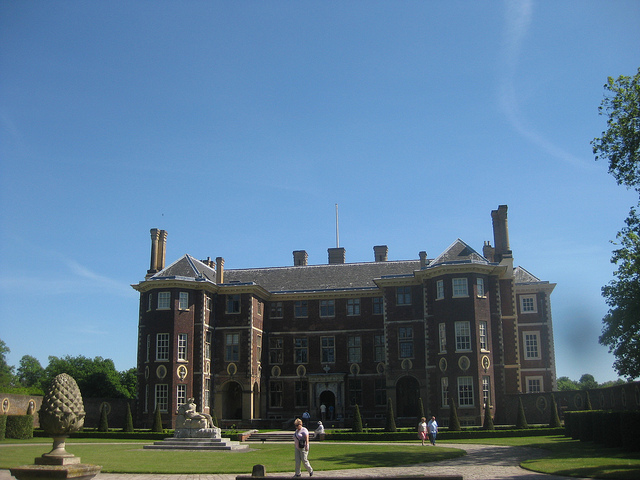 Few buildings have a better aspect than Ham House, which nestles on that particularly pleasant stretch of Thames between Richmond and Twickenham (Marble Hill House, on the opposite bank, is also worth a look-see, and should get even better soon with the help of a Heritage Lottery grant). There's plenty to see inside this early 17th century building, now administered by the National Trust. You'll find a fairly typical, if not dazzling, cavalcade of period furniture, paintings and grand gestures. The gardens are well kept and a pleasure to stroll around.

Nearest station: Richmond (District Line, mainline, and then a 2 mile walk along the Thames).

There's really no excuse for not visiting the Duke of Wellington's former gaff, now in the hands of English Heritage. Number One London, as Apsley House was once pompously addressed, is one of the capital's lesser known art galleries, with hundreds of canvases and a particularly fine collection of porcelain (an acquired taste, but here impressive to even the complete pottery numbskull). The abiding memory is the giant (and naked) Napoleon statue, whose vanquished frame commands the stairwell like a pet colossus.

No other building in the country quite compares with Horace Walpole's mock-Gothic pile of Strawberry Hill, located near Twickenham. The 18th century house was recently restored with a £9million grant. It's like a stately home and a cathedral somehow managed to produce offspring, with arched doorways, screens and stained glass round every corner. Tours are popular, and you're encouraged to prebook before your visit.

One of the more famous inclusions, thanks to its prime location on the higher slopes of Hampstead Heath. Kenwood House is certainly worth a visit, especially if you haven't been back since the major renovations of 2013. The house contains a fine collection of Old Master paintings in a Robert Adam setting. There's also a well appointed if wasp-plagued al fresco café and some majestic views of London just to the east. Look out for outdoor cinema screenings and concerts in the summer. Sculpture by Henry Moore and Barbara Hepworth add to the showy delights.

Nearest station: Golders Green, Highgate, Hampstead (all Northern Line, and a bit of a trek, if a pleasant trek, from any of them).

See the lion of Syon 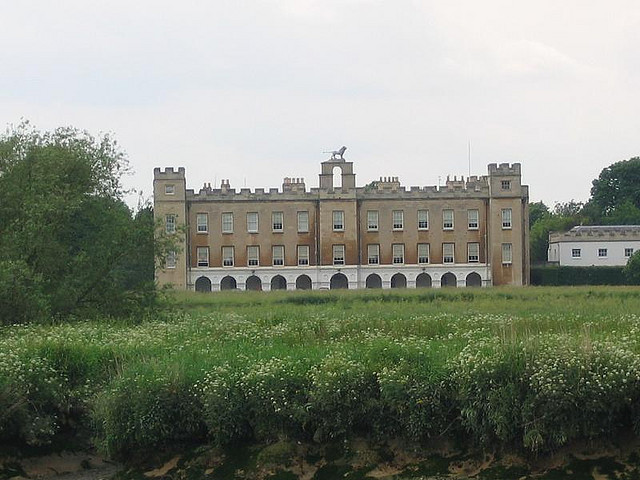 Syon House is one of the few stately properties in the region still used as a residence. The Duke of Northumberland calls it home, as his ancestors have done for 400 years. It's pretty much your textbook stately home, with a succession of Robert Adam interiors and sweeping Thames-side gardens. Consequently, it pops up in more films than Owen Wilson — including the most recent Alice Through The Looking Glass. Look out for the rooftop lion, which once stood on another Northumberland property at Charing Cross.

Central Greenwich is one big theme park. Many visitors will miss Queen's House, in favour of the observatory, Maritime Museum, brewery complex and newly refashionable Painted Hall. That's no shame, because this fabulous building — the first Classical-style pile in London —  is best enjoyed in solitude.  Originally built for some early Stuart blue-bloods, the House now contains a staggering collection of paintings in a bewildering maze of rooms.

No one posh has lived here for the best part of a century, but this one-time seat of the Child family (bankers) still sparkles with class. From the outside, the 18th century house is relatively bland; dull even. The inside, however, is a different story. At Osterley Park and House, Robert Adam (yes, him again) created some of the most ostentatious rooms in the capital. If you're a fan of interior design, your eyes will bleed to the point where salt comes out. There's also a Tudor stable block once owned by Royal Exchange founder Sir Thomas Gresham (but precious little information about it). Check out the gardens, too. If we ever do a Top 10 Places To Observe Bluebells And Nesting Swans In The Spring, Osterley will head the list. 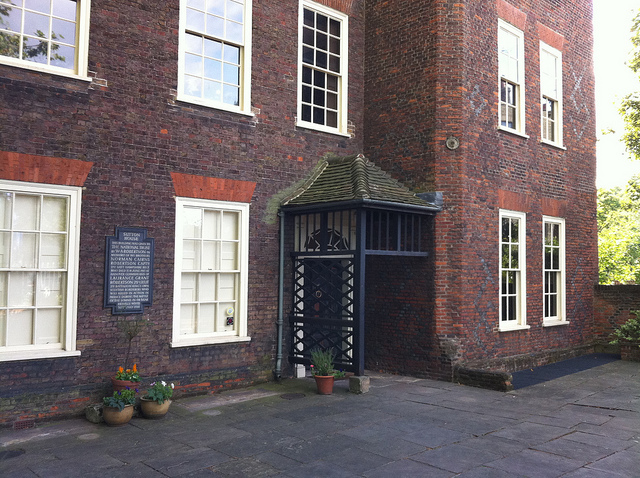 More Tudory goodness, squeezed into a compact site east of central Hackney. Sutton House retains the Tudor atmosphere better than anywhere else in London (probably... it's not like we have first-hand experience of the era). The oldest non-churchy building in the borough dates back to 1535, but also bears modern historical interest in the form of 1970's squatter graffiti. 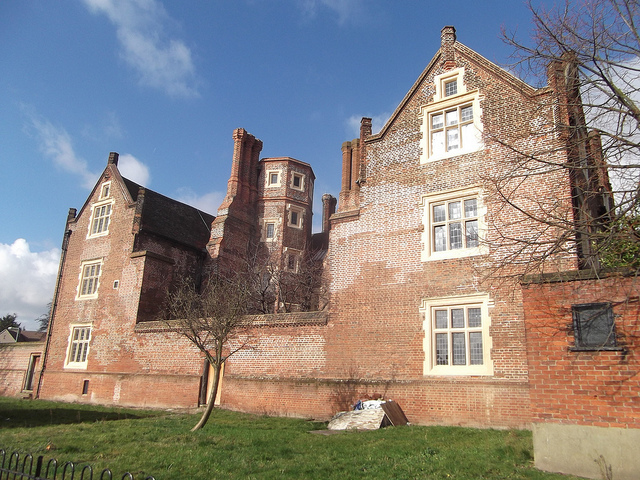 Absolutely love this place. Hidden in the residential hinterlands of Barking, Eastbury Manor House is another survivor from Tudor times. Nothing much of note ever happened here, even though they try and sex it up with dubious connections to the gunpowder plot. But there's an incredible old-school charm about Eastbury, with hundreds of objects, illustrations and infofacts packed together like too many blackbirds baked into a Tudor pie. The friendly staff will be happy to give you a tour.

Nearest station: Barking (mainline), Upney (District Line) and a bit of walking from either. 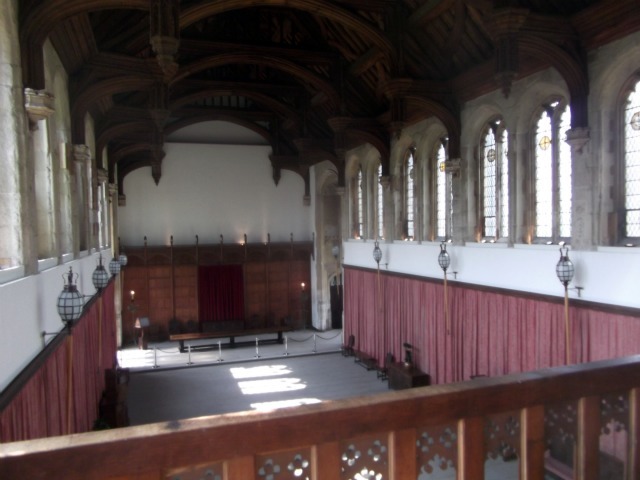 A 20 minute train ride out of London Bridge takes you to Eltham Palace and its unique mixture of medieval, Tudor and art deco. Your tour begins in a big, posh entrance hall thing that doesn't really have a modern equivalent. At least not in the circles we move in. It's pure 1930s, with curvy white sofas, wooden panelling and a great continent of a rug. Side rooms swing with 30's style, and the refined parties of (former owners) the Cortauld family are easy to imagine. But then you step through an arch and you're in a 15th century great hall with hammerbeam ceiling. The juvenile Henry VIII spent many a day here. Quite remarkable. Pleasant gardens, two cafés and a moat with the biggest fish this side of Jaws complete the picture, and make this one of the capital's very best historic houses.

Note,  we've left off small house museums (such as the Dickens Museum) as that subject is covered elsewhere. We've also ignored current royal palaces, because they're already very well known — but check out Historic Royal Palaces website for more details.